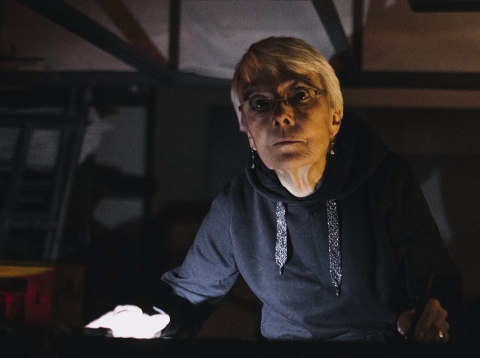 Frances Sander specializes in mural painting using the Tagtool technique. This kind of experiment allows her to free her painting from the limits of the canvas and create it in real time and on any surface using projection. She likes to paint in public spaces and have her performances accompanied by live music. Frances works as a part of a creative duo with Dima Berzon (Dimmer). Their first public performance took place in 2009 at the Illuminating York festival in England and they have been performing at various traditional and non-traditional audiovisual events ever since. In 2013, they created unique stereoscopic 3D projections which they first publicly introduced in the Dreamscape in Three Movements performance.